100-year Anniversary of Right to Vote in Arabic 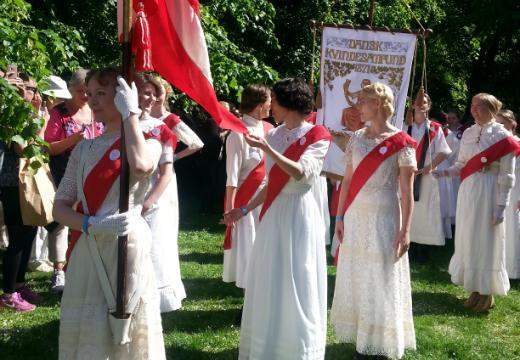 In June Denmark celebrated the 100 year anniversary of women’s right to vote. KVINFO joined the celebration with thousands of other Danish women and men and not least with many of our Arab partners, who were invited for the event.
In KVINFO’s Web Magazine, two of the participants give moving and thoughtful accounts of the day– 18 year old Dane Anna Viemose and Egyptian Journalist Fathia Eldakhakhny. From each their standpoint in life they give the day and the occasion new perspective.
Both articles are now online in the Arabic version of KVINFO’s Web Magazine.
Along with it you can also find a large number of other articles in Arabic. The magazine publishes a couple of articles about gender and equality in Denmark, the Middle East and North Africa each month in three languages – English, Danish and Arabic – as soon as we get them translated.
You find the articles about the 100 year anniversary here: