A shapshot just before the Jordanian election

AMMAN – With less than a week to go before the Jordanian parliamentary elections, women’s groups in Jordan have been busy supporting female candidates and calling on women voters to head to the polls and vote for their peers next Tuesday. 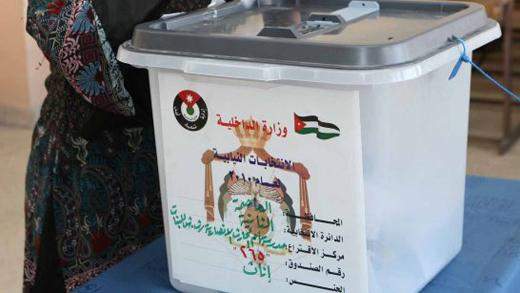 AMMAN – With less than a week to go before the Jordanian parliamentary elections, women’s groups in Jordan have been busy supporting female candidates and calling on women voters to head to the polls and vote for their peers next Tuesday.
Banners and posters have sprung up alongside the Kingdom’s roads, by polling stations and anywhere where the predominantly male candidates have found it appropriate to post something promoting themselves and their programmes.
However, campaign publicity material for female candidates has been less prevalent and barely visible in the streets. Additionally, in more conservative areas, some women have preferred to limit their campaign slogans to their names and the name of the district they in which they are running. 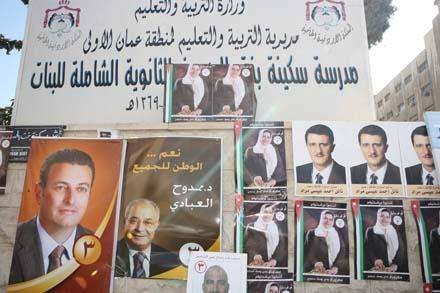 In other places, banners and posters of female candidates have been torn down – either by competitors or conservatives, who still believe that a women’s place should be in the home raising children.

Nevertheless, former candidates and columnists alike have criticized the few banners and posters that female candidates have used to promote themselves, saying they lack substance and strong messages.
“The majority of the female candidates’ slogans are weak and too general – and they don’t reflect a strong working programme for the candidates,” President of the Jordanian Women’s Union (JWU) Amneh Zu’bi said.
“The same could be said about the male candidates,” she added.

Zu’bi also noted that in some districts women have refrained from putting their photos on their posters, giving only their names and the name of the districts in which they are running – a phenomenon she attributed to conservative cultural norms and traditions.
Zu’bi explained that the majority of women candidates lack funding or are incapable of supporting their campaigns financially on the same level as male candidates.
Activist and former candidate Emily Naffa also criticized the slogans of the women candidates stating that, in general, this year’s slogans and platforms (both men’s and women’s) have been weak and do not challenge the current political situation.
“The slogans are below our expectations and do not address the political challenges that Jordan is facing in the region,” she said.
Naffa asserted that none of the women’s slogans address discrimination against women or call for changing the ‘one person–one  vote’ system stipulated in the current Elections Law, which she said disadvantages female candidates.
The final count of women running in the November 9 elections totalled 134. In comparison, the number of male candidates standing was 629.

Trained to face an audience

During the month in the run-up to the elections, women’s groups have been busy trying to help female candidates by holding several training workshops on how to handle the media and participate in public debates, and they have also provided supported by producing banners and posters.
Women’s groups have also targeted members of the public in the hope that they would vote for the “correct female candidates” in the upcoming elections and not be confused by the quota voting system for women. 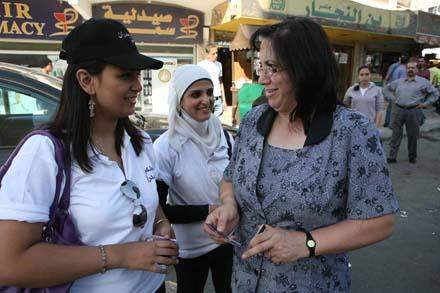 The government recently decided to double the six-seat quota, first introduced for women in the 2003 elections (80 seats in total), to 12 seats this year (120 seats in total).
“We are confident that two or three more women than the allocated quota will win seats, and our efforts are also geared towards increasing the percentage of female voter turnout,” Jordanian National Commission for Women (JNCW) Secretary General Asma Khader stated. She made her comments during a recent meeting with the national coalition for the support of women candidates, at which the 45 women who had registered to run for the November 9 elections attended.
“We are also working on increasing the number of people who vote for women, because this will be a true reflection that society now believes more in the involvement of women in political life,” Khader added.

Members of the Jordanian Royal family also joined the call for people to vote and for women to be given a strong presence in the Parliament.
“A woman’s voice is very important and has to be heard, whether through electoral participation or in Parliament itself,” Jordan’s Queen Rania said during a field trip in early November to the Jordan River Foundation to check on empowerment programmes.
Princess Basma also highlighted the active role women will play in the next Parliament to support national development, and expressed her gratitude to every woman participating in the electoral process.
During a ceremony to publish a study on gender in the public sector, the Princess said “steps have been taken to engage women in the elections – both as voters and as candidates – which reflects confidence on the part of the public sector and civil society in the readiness of women to participate in the democratic process.”

Studies on reasons for previous failure

In late October, The JWU also organised a gathering for the female candidates at which its president urged women to unite and vote for women.
The activists’ calls were based on disappointing figures in the last parliamentary elections, which indicated that only eight per cent of the voters voted for women, despite the fact that females constituted 52% of voters. 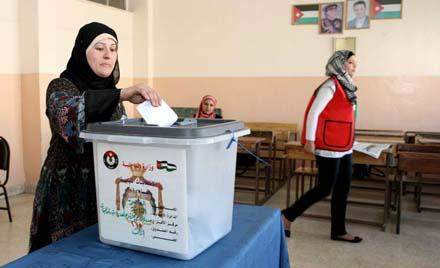 A UNIFEM study published in March 2007 attributed the failure of women to obtain seats in Parliament to social and political factors, including an underlying belief throughout Jordanian society that women are incapable of working in politics.
Other obstacles indicated by the study included the ‘one person–one-vote’ system, which deters many women from running for parliament, as well as the lack of financial resources available to female candidates.

According to Zu’bi, these obstacles – the quota system and the ‘one person–one vote’ system –  resulted in the election of unqualified women who did not communicate well with the women’s movement,.
“We’re really disappointed with the performance of the female candidates elected to sit in the last two parliaments. Despite contacting them, they never responded to our approaches and ignored our demands,” Zu’bi said at a recent function held by the JWU aimed at supporting female candidates.
She added that most female candidates in past polls used to “tell us that they aren’t concerned with women’s issues and that they are deputies for the nation, when, in fact, they only served their constituencies”.
In the past, women activists have criticized the percentage-based quota formula which they say favours “inexperienced” women from smaller districts while disadvantaging experienced women from larger constituencies.

Harder to be elected in the cities

Based on the percentage equation, women from smaller districts can win seats by collecting as few as 200 votes, while those in larger cities, who receive thousands of votes, may lose as the quota is calculated by the highest percentage of votes cast in a given sub district. According to the provisional law, there are 12 governorates and three ‘badia’ districts in which women may compete for election.
According to observers, this could prevent women in larger districts, such as Amman and other major cities, from winning a seat because of the “unfair percentage equation”.

Regardless of all the difficulties, the women’s movement in Jordan is hopeful that co-operation between women activists and prospective women candidates is key in the lobbying process for changing laws that discriminate against women and for achieving greater social reforms.
The JWU president noted that the women’s movement in Jordan is hopeful that successful female candidates will promote more rights for women and for all citizens and establish good working relationships with the public and other deputies.
“We want to build positive relationships with them so that we can avoid the same difficulties we faced with the previous female candidates,” she said.
Khader echoed Zu’bi’s plans saying that the work with women candidates will continue with them until after the elections.
“We want to convey and explain our concerns and demands to the elected women candidates so that we can ensure that all the women of Jordan gain,” Khader stated.