Increased awareness of women’s rights and a decreased tolerance towards violence could explain the surprising results of a new EU report into violence against women. The report, compiled by the European Union Agency for Fundamental Human Rights, FRA, shows that women in Denmark are among the women in Europe most affected by violence. So does the report deflate the myth that there is full equality in Denmark? 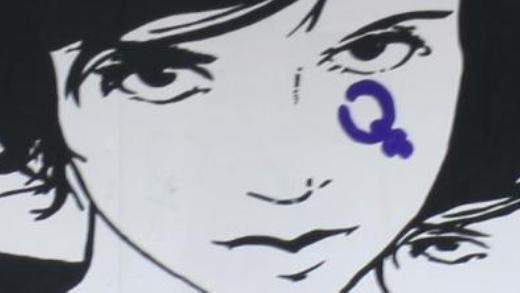 Link to the report

This is the first ever survey of violence against women carried out across all of the EU’s 28 member states. Drawing upon descriptions of personally experienced violence from 42,000 European women, this is the only study that endeavours to provide a comprehensive picture of European women’s experiences of violence –physical or psychological, sexual or non-sexual – committed by a partner, ex-partner or anybody else.
And the results are truly shocking. One in three women between the ages of 17 and 77 has been the victim of some form of violence at one point in her life. In other words, a third of European women have at some point been stabbed or shot, raped, beaten up, been the victim of a strangulation or suffocation attempt, had their hair pulled, been slapped, or been forcefully pushed over.  If these two last forms of violence are excluded, the percentage is smaller; however, it still amounts to 25% of women in Europe. A total of 17.7 million women, a little under one in ten, have been the victims of violence over the past 12 months – with sexual violence accounting for 3,6 million of these cases.
But of all the findings of the EU survey, the one that has generated the biggest sensation is the fact that the countries topping the FRA’s disturbing list are not the countries anyone expected to see there.  The countries with the highest reported proportion of violence against women are the EU’s three Nordic members, led by Denmark. A total of 52% of Danish women report having been violently abused by either a partner, an ex-partner or a third person at some time in their lives – an unqualified record among the 28 EU states.
“The study shows that violence remains a problem in all EU countries. The picture that has emerged is one of very widespread violence that destroys the lives of many women, but which is systematically going unreported,” explained the EU agency’s Danish Director, Morten Kjærum, during the presentation of the report in Brussels.

The Danish results from the EU survey come as something of a surprise for senior researcher and specialist physician Karin Helweg-Larsen. She compiled the most recent Danish national survey into gender-based violence in 2012. This report, entitled “Violence in Close Relationships”, primarily focussed on domestic violence between partners within a one-year period. The conclusions of the report based on findings from the 2010 Danish National Health Interview Survey were that 1.3% of women in Denmark between the ages of 16 and 77 had reported an incidence of violent abuse during the course of that year. This is significantly lower than in the EU study, which on the basis of interviews with 2000 Danish women finds that 4% have been victim to some form of violence.
Karin Helweg-Larsen expresses her doubts about the fact that every second woman in Denmark has been the victim of physical violence or sexual abuse at some time in her life and that this should say something about the scale of abuse in Denmark in relation to other EU countries.
“All Danish studies indicate that fewer and fewer women are the victims of violence in Denmark, not least thanks to the action plan implemented and carried out in Denmark since the early 2000s aimed at combatting abuse in close personal relationships. Referring to levels of violence over the past ten years is much more precise; there’s far too much uncertainty regarding the correctness of the answers when the question is asked about having ever been exposed to violence at any time in your adult life. Even though the EU survey asks about specific forms of physical violence, such as being punched, pushed or kicked, these definitions or interpretations develop over time; consequently, younger women will have a different view of what violence is compared to an older woman. A Danish woman will not have the same definition of violence as a Croatian woman, who has lived in a country that’s been affected by war. Something that a Danish woman may regard as abuse may be seen by other women as just a part of everyday life,” tells Karin Helweg-Larsen.
Bianca Tapia, spokeswoman for FRA, points out that the EU study did in fact ask women how they have experienced specific types of abuse: having their head knocked against a wall, being attacked by firearms or being slapped.

“The same is true when we look at sexual harassment, something 20% of women have experienced within the last year. We asked the informants if they’d been groped or been pressured to have sex. We have specifically worked to avoid the results being distorted by cultural differenced,” tells Blanca Tapia.
However, she does not deny completely that national differences could have affected the EU survey results.
“We see a surprisingly strong link between the scale of the violence and the level of equality. The higher a country ranks on the European Institute for Gender Equality’s gender-equality index, the higher the reported levels of gender-based violence. One reason for this could be that talking openly about being a victim of violence is more accepted in countries with higher levels of gender equality. Other factors may also play a role. For example, countries with high levels of alcohol abuse will also have high levels of gender-based violence. And countries with higher overall levels of violence will also register more incidences of violence against women than other countries,” tells Blanca Tapia.
She also points out that high levels of equality also affect the levels of sexual harassment.
“It’s clear that there’s much more sexual harassment in countries that have a higher degree of gender equality and high levels of female participation in the labour market because in these countries there’s quite simply more contact with male colleagues than if the women stayed at home. But we also discovered that sexual harassment is particularly widespread among women in top positions. Here too we see a correlation between abuse and equality. This suggests that men are reacting to the competition from women by harassing them sexually,” explains the spokeswoman from the EU Agency for Fundamental Human Rights.
Ulla Tornemand, vice chairwoman at The Danish Women’s Society – Dansk Kvindesamfund – sees the Danish results in the EU survey as a real eye-opener.

“It may be true that the EU survey has some validity issues, as pointed out by some Danish critics. Nevertheless, the survey is still founded on testimonies from Danish women describing their own experiences. And I think that it’s worrying that many people are simply trying to dismiss the report. The European survey challenges the narrative we have in Denmark that we have complete gender equality and therefore there’s nothing to criticise. Our Everyday Sexism project, which focuses on uncovering sexism in everyday life, shows that this is in fact far more widespread than we imagine. And it’s a difficult issue to talk about because “of course we have equality in Denmark, so stop whining and start looking at how women in Saudi Arabia are faring”. But in connection with The Danish Women’s Society’s ‘Do you dare to talk about it?’ schools project for 11 to 15 year olds, we are constantly being approached by school who want us to come out to them and talk with children about domestic violence. In almost every class, there’s one pupil who regularly experiences domestic violence at home,” explains Ulla Tornemand.
A Eurobarometer survey from November 2013 showed that violence against women ranks very low down on the list of important equality issues in Denmark. Only 23% of Danes believed that violence was the most pressing equality issue, whereas 34% did in the EU overall and 49% in Spain in particular.
“We simply don’t want to hear that we’ve got a problem with abuse and violence in Denmark. And this is despite the fact that as recently as last Christmas we ran out of places at our women’s shelter due to the surge in violent domestic disputes. These stories never make it into the media. In the same way, girls have to put up with being groped by boys at school whose actions are simply dismissed of as mere ‘messing about’. Even though we have good action plans to tackle violence against women, the European study is confirmation that we’ve become blinkered with our blind belief that equality has been sorted out once and for all,” tells Ulla Tornemand.

“Just how difficult can it be?”

And this is an attitude shared by the European Women’s Lobby in Brussels.

“It’s very positive that the EU has for the first time conducted a comprehensive study covering all member states. This sends a signal that we must act more effectively, not least because we’re experiencing a backlash towards equality in Europe at the moment. This is something we’re seeing with the pressures on free abortion, but we’re also seeing it in the trend for more violence – including gender-based violence – being used by young people. The report is a real wake-up call,” tells Pierrette Pape, acting co-ordinator at the European Women’s Lobby.
The same reaction comes from Antonyia Parvanova, co-ordinator for the European Parliament’s Committee for Women’s Rights.
“This report highlights the need for the EU to engage in combating gender-related violence. We have yet to receive the action plan to combat violence against women, and I can only concur with the report’s recommendation that the EU ratify the ‘Istanbul Convention’ adopted by the European Parliament in 2011. To date, only three EU member states have ratified it. Just how difficult can it be?” asks Antoniya Parvanova.