An increasing number of Danes are engaging the services of au pairs from the Philippines in order to run their families without compromising on their careers. Some call it a win-win situation; others view it as the exploitation of cheap labour. But what does this popular au pair scheme mean in terms of equality? 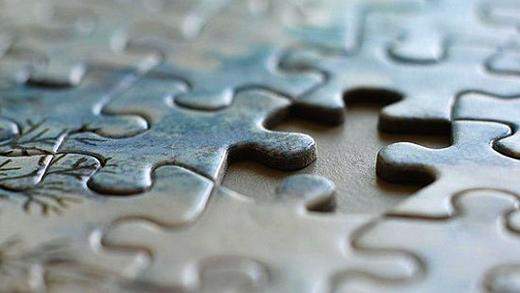 
An old scheme – a new debate

Au pairs have existed in Denmark for many years. The au pair scheme was originally conceived as a cultural exchange programme – to begin with, mainly among western and European countries. Young people could experience a different country and learn a new language by moving in with a host family who they assisted with childcare and housework in return for board, lodging and some pocket money. The scheme lived up to its literal translation of its name ‘au pair’, which means ‘on an equal footing’.
Whereas in the past the scheme has never been the subject of much discussion in Denmark, it is now a hotly debated topic. This change has come about as a result of the fact that the picture of an au pair has changed dramatically since Denmark opened the door to au pairs from developing countries back in the 1990s. Upon opening the door to au pairs from these new countries, the number of au pairs in Denmark has soared from 318 individuals in 1996 to 2,937 individuals in 2008. The new legislation means that the vast majority of au pairs now coming to Denmark come primarily from these developing countries – the Philippines in particular. This development has lead various researchers, labour organisations and social commentators to raise the question of to what extent the au pair scheme has now become a way for privileged Danes to exploit less privileged Filipinos as cheap domestic labour. The development has sparked a number of research reports looking at uncovering exactly who these ‘new’ au pairs coming to Denmark really are and examining their situation both in Denmark and at home.

Saddled with debt before arriving

Another problem uncovered by studying au pairs in Denmark is that Filipino au pairs often get themselves into economic difficulties by coming to Denmark. This was a finding of a 2010 report from The Danish Centre against Human Trafficking. Based on a number of interviews with au pairs, it found that many were forced to put themselves in debt in order to even come to Denmark.
The reason behind this is that the Philippines has for years prohibited its citizens from travelling to Denmark as au pairs because of the many stories which continually surface in the media about how Filipino au pairs have been exploited in Denmark. This has meant that those Filipinos who despite the ban have decided to come to Denmark have had to bribe middlemen and corrupt officials in the airport to be allowed to leave the country.
For some of the au pairs, this has amounted to paying up to DKK 13,000 – or almost four months’ average Danish au pair wages – to leave the Philippines for Denmark. This debt is often so large that it has meant that many have had to take on illegal work in addition to their au pair jobs. It has also forced some to remain illegally in Denmark after stopping their au pair jobs, to earn enough to pay off their debts.
In the autumn of 2010, Denmark and The Philippines endeavoured to solve this problem together. The countries entered into an agreement that The Philippines would lift its travel ban in return for Denmark guaranteeing that Danish host families be required to take out an insurance policy for their au pair covering the au pair’s transport home in the event of illness or death.
But the reports and the heightened media coverage of the au pair scheme have sparked off a debate which continues to rage. And one of the issues it brings to the fore is that of equality.

Farewell to the perfect mother

Though many share the views of Inge Berneke, it is not a point of view without controversy. There are also Danes who believe that it is a problem when a Danish mother – on the basis of her desire to both pursue her career and simultaneously maintain an ordered family life – brings a less privileged Filipino woman to the country. By doing this, the Filipino woman is leaves a gap as carer back home leading to a phenomenon known as the ‘care-drain’.
“The white mother has merely transferred her equality issue over to the dark-skinned mother, who in turn becomes a Skype-mother”, tells researcher Helle Stenum.
Denmark has tried to combat this problem by requiring that Filipino au pairs be under the age of 30 and have no children. But the 2010 report from The Danish Centre against Human Trafficking showed that this rule is frequently flaunted because checking the accuracy of the au pairs’ information is, in practice, impossible.
“The white mother has merely transferred her equality issue over to the dark-skinned mother, who in turn becomes a Skype-mother”
And if the debate in Denmark is anything to go by, then the use of au pairs from poor countries by Danish women is a sore point for many. One commentator, Journalist Angela Brink, recently wrote in Politiken that people look down upon women who pay others to look after their household duties because Danes still have the perception that a ‘proper’ mother is one who bakes all day and is always at home when the children get off school.
“I challenge any woman who doubts that this is the case to let her child be collected from kindergarten by a young Asian au pair for a period of a month. The result is a reaction of blunt negativity from your closest environment, who you otherwise may have presumed to be supporters of women procuring the necessary help to allow them to continue where they may be within the labour market”, wrote Angela Brink.