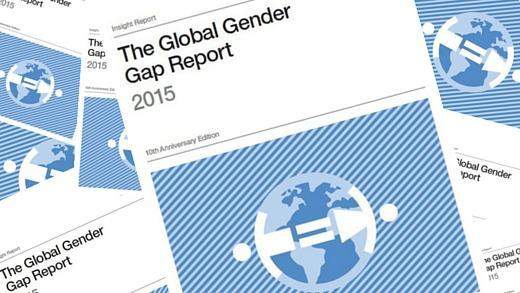 The yearly Global Gender Gap Report was published by the World Economic Forum last week. The report assesses the gender equality in 145 countries in relation to four indicators: economy, education, health and political participation.
In just a year Denmark has slid from fifth place to rank number 14 out of the 145 countries. This is the lowest rank for the country in the history of the report. The bottom placements so far were number eight back in 2006, 2007 and 2013.
The drop is mainly due to two factors. Health is the indicator, where Denmark has lost most ground. The country now inhabits place number 107 here. There has also been a slide within political participation – the 2015 elections saw a drop in the number of women elected and a government roughly with gender parity was replaced with the most male dominated in decades. Thus Denmark has gone from place number 7 to 29 and on economic equality there was also a drop from place number 12 to 20. The country retains the shared first place on education it has had since 2006.
The Danish downward slide is not mirrored by the other Nordic countries which retain their overall places as number one to four. But gender equality has advanced enough in a slew of countries like Ireland, Rwanda, the Philippines and Slovenia for them to move ahead of Denmark.
When it comes to the Middle East and North Africa it is the region with the lowest average score. All countries except Israel belong to the least gender equal quarter of the world’s countries, though there are large differences between them. The least unequal of the Arab countries is Kuwait in place number 117 followed by several of the other wealthy Gulf States, which are generally scoring well on education and women’s status in the economy. Of the other Arab countries the best performers are Tunisia and Algeria on place number 127 and 128, both helped by a reasonable female representation in politics.
Egypt, Lebanon, Jordan and Syria are all amongst the 10 least gender equal countries in the world with Yemen finishing off the list as the country in the world with the largest gender equality gap.
Read the World Economic Forum Gender Gap Report 2015
Get a fast overview of the Gender Gap Report 2015
Get a short overview of the best performing countries in the Middle East and North Africa
Read the World Economic Forum Gender Gap Report 2014