Documenting the History of a Movement

The women’s movement in Egypt dates back to the early 20th century. The deep-seated origins of Egyptian feminism remain unknown to many in the West as well as in Egypt. Women and Memory Forum in Cairo runs a project about Hawa Idris, a feminist pioneer in Egypt, in conjunction with KVINFO. The project is not concerned with the creation of yet another historical icon of the Egyptian feminist movement. Rather, the project aims to mirror the history of the feminist movement, acting as a source of inspiration to younger feminists. 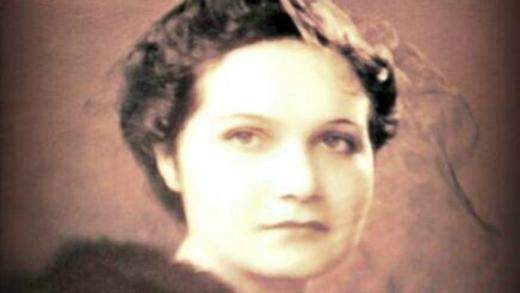 Upon disembarking the train in Cairo after participating in the international women’s conference organised by The International Alliance of Women, Egyptian feminist Huda Sha’arawi resolutely dropped her headscarf. It was a public, symbolic gesture, which inspired women throughout Egypt to let go of the headscarf. And it marked the emergence of the first feminist movement in Egypt, appearing in the slipstream of the anticolonial liberation movement opposing British rule in Egypt.
There was political upheaval in Egypt. The 1919 uprising was a rebellion against British colonial rule and the daily popular demonstrations, which led to the revolution, had – for the first time – mobilised women to participate in the resistance in the streets.
In 1919, Huda Sha’arawi had organised the first women’s demonstration against British rule and she was the founder and remained head of The Egyptian Feminist Union for many years. She was an indefatigable advocate and activist for women’s rights and endeavoured to render women visible, active members of Egyptian society. There is a direct correlation between her work and the focus of many feminist organisations in present-day Egypt.
Huda Sha’arawi is to all intents and purposes a historical icon, epitomising the history of the Egyptian women’s movement.
Icons are at times inspirational, demonstrating the possibility for resistance and progress. However, icons may also claim mainstream historiography to the extent that more nuanced and complex histories are subsumed by it.
Maissan Hassan and Diana Magdy Abdel Fattah, project manager and project coordinator from the Women and Memory Forum (WMF) in Cairo work to shed light on the margins of mainstream historiography.
A project supported by KVINFO aims to bring Hawa Idris, a less famous Egyptian feminist, out of the shadows of Huda Shara’awi as part of a larger project, which describes the complexities of the history of the women’s movement in Egypt.
“Mainstream historiography tends to focus on specific historical figures, thus ignoring the wider social movement composed of various individuals. In contrast, our Hawa Idris-project describes how a human rights organisation is founded, organised, and managed: What are the challenges and how are these solved? The project is meant to inspire today’s young feminists,” explains Maissan Hassan.

Hawa Idris was a younger cousin of Huda Sha’arawi. Despite their age difference, the two women grew up together, worked together in The Egyptian Feminist Union, and, in 1947, Hawa Idris made possible the publication of Huda Sha’arawi’s memoir, The Harem Years.
Today, Hawa Idris’ memoirs form the basis of WMF’s project.
Women and Memory Forum is a research- and documentation centre for gender and culture in Cairo. WMF promotes the dismantling of gender stereotypes and the advancement of gender research and manages Who is She in Egypt, the database of female experts which, like KVINFO’s database, gathers data on female experts from all sectors of society for the benefit of researchers and the media.
The database and the two projects, Remembering Pioneering Women and Archive of Women’s Oral History (see fact box) constitute the basis of WMF’s work. The first project is a collection of historical documentation on pioneering women whose contributions have remained unrecognised in traditional male-oriented historiographies. The latter project is a collection of oral histories of women from various generations who explore how their personal narratives are embedded in the wider socio-political reality of life in Egypt.
“The very rigid narrative on women’s history in Egypt marginalises a range of other narratives. That is the starting point of our work. There is a need and a demand for alternative narratives in order to broaden the mainstream narrative. This may even inspire the younger generations beyond the feminist movement. Our series on pioneering women presents narratives of actresses and the first generation of female teachers and headmasters. Through their narratives we are able to glean an understanding of the challenges they faced and the resistance they offered,” explains Maissan Hassan.

The History of the Long Haul

Hawa Idris’ memoirs are a testament to the period where she worked for The Egyptian Femnist Union. During the early 1930s, she founded the Youth Committee and represented the organisation internationally, attending a number of conferences at home and abroad. She participated in the establishment of The South-South Collaboration, which enables women from the global South to share knowledge and experiences. Hawa Idris also took part in the daily work and management of the union.
The publication of Hawa Idris’ memoirs thus does not serve as a means to create yet another icon of Egyptian history but rather proposes a narrative, which serves as a historical documentation of organisational work.
Starting from scratch after the revolution of January 25 2011, a number of NGOs and other human rights organisations have sprung to light. The Hawa Idris-project offers a historical perspective beyond the founding of The Egyptian Feminist Union, offering insights into the management of the union’s daily affairs, and the resistance encountered from various forces from within and outside the organisation. Rather than proposing a glamourous narrative of feminist heroines, the project presents an account of the long haul of feminist activism in Egypt.
“Documentation is important in and of itself. Documentation has always been a cornerstone of the feminist movement. Documentation offers us an insight into women’s experiences, women’s lives, the battles they have fought. The dynamics and the conflicts that shaped their experiences. The poverty, which held women back. Documenting women’s histories is a feminist practice, which may also be used to argue pivotal points in the present. We create dialogue through our documentation efforts. This dialogue cuts across generations and allows us to relate to various historical trends and events,” explains Diana Magdy Abdel Fattah, pointing out the benefit to current organisations.

A Tradition for International Perspectives

Maissan Hassan points out that the feminist movement in Egypt has a tradition for international cooperation and solidarity dating back to the early 20th century. It has always been an important aspect of women’s global history to enable women to recognise themselves in the progress of and challenges faces by other women across class and other social boundaries, e.g. Huda Shara’awi’s inspiration from the Rome conference and Hawa Idris’ participation in numerous conferences and seminars within and beyond the Arab world.
WMF’s cooperation with KVINFO, which dates back to 2007, is a continuation of this tradition. Through the years, the two documentation centres have cooperated on various projects, sharing knowledge and inspiration.
“There is a unique connection between the work we do. Having a feminist group (in Denmark, Ed.), which is also engaged in the production and dissemination of knowledge on gender and culture, offers us a space within which we are able to reflect on our respective practices regardless of different social contexts. We speak a lot about the creation of feminist solidarity and its concrete outcomes. One outcome could be the creation of these kinds of spaces, which allow us to query ourselves: ‘Are we doing this right? What is the best way to represent women’s histories?’” says Maissan Hassan.
English translation by Maria Zennaro