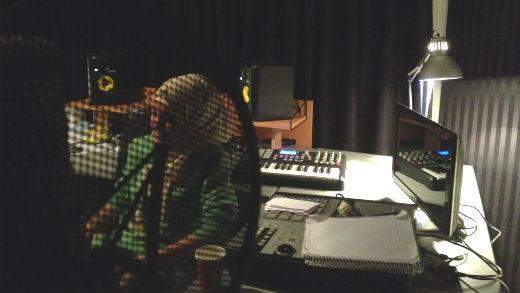 Turning Tables Jordan are right now putting the finishing touch to the first female rap mixtape ever released in Jordan.
Performed by young women from Jordan, Palestine, and Morocco, the production of the EP is supported by KVINFO’s minipool. Many of them rap about the conditions they themselves or the thousands of refugees in Jordan are living under.
Track 1 from the EP made is just released. It’s called al Tasharud, which means displacement. The artist is Haram Al Mughrabi, who lives in Amman, but is originally from Morocco.
In the song she’s rapping about a displaced little girl who has nowhere to sleep and no blanket to cover her from the cold, while the world turns a blind eye as they live in comfort. So the girl finds no one to complain to but God in the end.
The EP is unique because it gets together a number of young women and let them express themselves through an art usually dominated by men.
“Thank you to our partner KVINFO for making this project possible. Big Ups to all these amazing young rappers, who will surely leave a mark on the scene, and have a bright future ahead,” Turning Tables Jordan writes on their facebook page.
Listen to the song “al Tasharud” here
Find the next songs as they are released on Turning Tables Jordan’s facebook