In the wake of the Arab revolutions, no improvement has been made in terms of women’s security or their protection against gender-related violence. This was the broad consensus when the leaders of women’s shelters from across the MENA region met up with their Danish colleagues for a two-day workshop arranged by KVINFO. The participants used the workshop, which was held at Copenhagen’s Black Diamond royal library, to look to the future, discuss new perspectives and plan international collaboration. 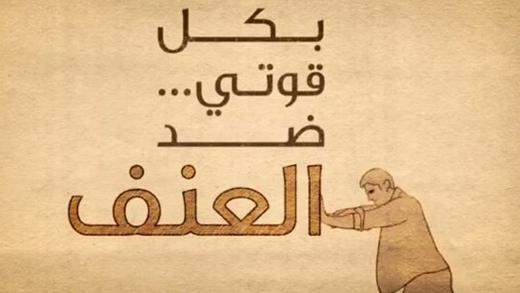 The development that Fatima Outaleb details is one that many of the participants at the workshop recognise – participants who represent women’s shelters and NGOs from Jordan, Yemen, Morocco, Egypt and Lebanon, as well as the Danish participants from Danner and LOKK (The Danish national organisation of women’s shelters).
During the workshop, the participants discussed the challenges and opportunities for establishing and running shelters for women who have been the victims of gender-related violence. In particular, there is much discussion about information campaigns and activism – both of which could have a wide-ranging and transforming impact upon society.
“Do you see yourselves as service providers or as activists?” asked Fatima Outaleb, initiating the discussion.
For her, it is key that a service provider also be an activist who targets his or her work socially and politically with the aim of bettering the rights for those women who have been subjected to violence – an issue that has become particularly topical in Morocco over the past few years, where, as in other MENA countries, conservatism is on the rise.
“It’s a complex area, but it’s important that we do more than just help the individual woman to change her life. We also need to work to change the legislation and improve women’s rights in society in general”, she explains.

Over the past few years, in an increasing number of places in Morocco, the state has opened up state-funded shelters. In the majority of cases, these shelters are run by state-funded NGOs rather than independent NGOs such as the UAF. According to Fatima Outaleb, these initiatives – that outwardly appear to be progressive in nature – represent the thin end of a dangerous wedge where the state is able to wield control of the area without actually working towards the improvement of the status of women in society.
“Their approach is fundamentally different from ours. Their method is to work like a charity, merely providing here-and-now security. We want structural changes that protect women in civilian society, and we advocate women’s rights in general. We provide the same protection that the state-funded centres provide too, but our ultimate objective is to make these women aware of their civil and human rights”, explains Fatima Outaleb.

Lobbyism, structure and changing the mind-set

To support this approach, Fatima Outaleb used the workshop in Copenhagen to push for more lobbying and a stronger organisational structure among the women’s organisations. Only by creating stronger political alliances and improving awareness can the UAF succeed in in helping to create change in the society as it is today.
“We (the UAF) have not been strategic enough. Moroccan society has not changed particularly much. This is clear if we follow some of the newspapers’ on-line debate forums. The general atmosphere is not pro women’s rights. Why? Because we’ve been working alone. We haven’t done enough to create political alliances or to change society from the inside.”
“Our advice centres offer a wealth of services, but we’ve yet to do enough to change the basic attitudes of those women who we come into contact with. When they leave us, they should be going out and spreading what they’ve learned among their own networks. Here, we haven’t been strong enough”, she asserts.

Equality is a human right

Fatima Outaleb’s argument that it is fundamental changes to society that are required in order to alter the population’s perception of violence  is backed up by the masculinity activist Anthony Keedi from Lebanon. Basic attitudes play a role when it comes to close personal relations, but they also play a role when the population is at the polls voting for new policymakers.
“Information has to be there all of the time – and at all levels: in discussion groups, through billboard campaigns, in the media, and in your own private life”, explains Anthony Keedi, pointing at his own T-shirt. On his T-shirt is depicted a group of men and women standing together against gender-related violence, and it and promotes the NGO ABAAD, which he, together with a colleague, established a year ago in Beirut.
“The basis for our work is to engage men in the equality process, turning it in to a fight for human rights(…)”

The idea behind ABAAD is to approach the issue of violence from a masculinity perspective – the target group for their campaigns being specifically men.
“The basis for our work is to engage men in the equality process, turning it in to a fight for human rights. The women’s movement has done a great deal of impressive work analysing the socialisation processes and gender roles that hold women back. The immediate problem now is extending this analysis to cover men as well, as they are traditionally seen as being the privileged sex. To do this, we have chosen not to look at the expectation made of men in the socialisation process: Is this limiting for them, seen from a psychological and social perspective, for example in terms of expectations relating to masculine dominance?” asks Anthony Keedi.

At the end of 2011, ABAAD invited a group of young men from Lebanon and Iraq to take part in a film workshop. The workshop was part of the ‘16 Days to End Violence’ campaign. Here, the men were given film-making equipment and basic training then each was asked to make a film with the title ‘Beating is … shameful’, the Arabic translation of which equates somewhat to the English saying ‘ you always hurt the one you love’. The workshop resulted in a range of short films that all took a stance against gender-related violence. Over sixteen days, these films were shown as short adverts on Iraqi and Lebanese television. The campaign was well received and represents just one of ABAAD’s initiatives to engage men in the fight against violence.

A manual for man’s centres

Anthony Keedi also hopes that other countries across the MENA region will begin involving men in the struggle for equality and begin opening rehabilitation centres for men, just as they are opening shelters for women.
“We’re currently in the process of writing a manual that describes how we built up our centre. By doing this, we can pass on our know-how and experience – and not just the good experience we’ve had, but to a large extent also the challenges and resistance we came up against. If there’s someone in Egypt, Jordan or Syria, for example, who wants to open up a similar centre, we’re more than happy to take on the task of instructing them in how to do it. And if the situation in their country isn’t secure enough for us to be there in person, we can at least supply them with our manual.”
ABAAD is currently working on extending its collaboration to the Scandinavian countries as well as continuing its studies and research in the field of masculinity. Anthony Keedi is particularly keen on establishing a family centre based upon the Danish model as a natural extension of the organisation’s centre for men.

The power of knowledge sharing

Back at the MENA conference workshop on  gender-related violence, the debate moves on to discuss how much the countries in the MENA region can benefit from international collaboration with countries such as Denmark, where both the legal and the economic situation is different.  One participant believes that the dialogue is too difficult when the countries have completely different preconditions for establishing shelters.
Mette Volsing is a specialist consultant at LOKK, the Danish association of women’s shelters. She is in no doubt whatsoever that the international initiative for cooperation between Denmark and the MENA countries – which together with KVINFO and Danner they established in 2008 – can give positive results.
“(…)In Jordan, The Jordanian Women’s Union has done a great deal to provide the women at their shelters with a vocational education. By doing so, the women are given the opportunity to afterwards become financially self-supporting. This is a focus area we’ve overlooked in Denmark(…)”

So far, the collaboration has resulted in the holding of four seminars, at which participants from both Denmark and the MENA countries have exchanged knowledge and shared their experience. For Mette Volsing, this exchange of knowhow goes both ways.
“Through our collaboration, we gain a great deal of important knowledge about gender-related violence in the Middle East. There are many organisations in the region that carry out first-rate work. In Jordan, The Jordanian Women’s Union has done a great deal to provide the women at their shelters with a vocational education. By doing so, the women are given the opportunity to afterwards become financially self-supporting. This is a focus area we’ve overlooked in Denmark. Because of our welfare system, we haven’t focussed enough on working to enable women to become self-supporting”, explains Mette Volsing.

Inspiration to improve the situation for children

The challenge for future international collaboration will be how to together create more tangible and long-term results. Mette Volsing sees several clear-cut opportunities.
“We need to reach out to those women who are the victims of gender-related violence and ensure that the necessary support is there to empower and enable them to change their own life situation. We must support the shelters in the MENA countries with the services that they provide.

It’s also a question of lobbyism and information. We must support the organisations in the region in making information campaigns that can lead both to changes in legislation and to financial support for their work”, states Mette Volsing emphatically.
Following the two-day workshop, there is broad agreement about what is needed: lobbyism and information campaigns about the work undertaken by the shelters targeted at the new governments (and forms of government) that have been established in the wake of the Arab Spring.
As Fatima Outaleb from Morocco puts it: “Change is brought about by the people – not by a handful of NGOs. But together with the people, we can create the necessary changes.”