The situations in Iraq and in Egypt are radically different, but the fact that both countries are undergoing dramatic political change – change that offers both great opportunities and great risks for women – is something the two countries have in common. This is according to Iraqi-German Nadje Al-Ali, Professor in Gender Studies at the University of London. 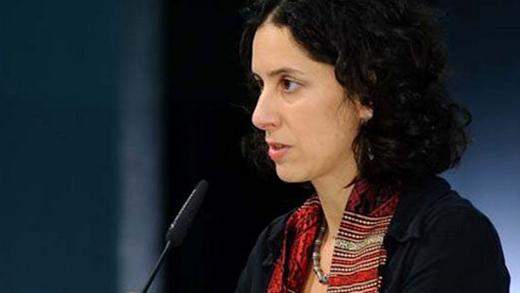 Nadje Al-Ali is Professor of Gender Studies at The School of Oriental and African Studies (SOAS), University of London.
In addition, she is head of the Association of Middle East Women's Studies (AMEWS), a member of the Feminist Review Collective and the anti-war organisation Women in Black UK, as well as co-founder of Act Together: Women's Action for Iraq.
Her research interests span the fields of gender theory; feminists activism; women and gender in the Middle East; trans-national migration; and war, conflict and reconstruction.

In 2002, Nadje Al-Ali wrote the following: “The women’s movements in the different countries of the Middle East have historically progressed in different ways. But despite this, they have a number of things in common: their association with national movements, their relation and links to modernisation and development processes, and tensions between secular and religious currents.”
The following year, the USA invaded Iraq, with the support of other countries (including Denmark), and in 2010 the Arab Spring revolutions began taking place, starting off in Tunisia and spreading to other countries across the region including Egypt.
Today, one further common feature can be added to Nadje Al-Ali’s analysis from 2002: the fact that the women’s movements across the Middle East currently find themselves in the middle of great political change that as well as offering great opportunity also brings with it great risks. Professor Nadje Al-Ali herself, head of the Centre for Gender Studies at the School of Oriental and African Studies (SOAS), came with this update when she was invited by KVINFO to visit Denmark in April 2013.

Nadje Al-Ali herself is a good example of the connection between differences and common factors.  She is an Iraqi-German, educated at Cairo University and has written her PhD thesis at SOAS in London on the subject of the Egyptian women’s movement. She has personally been involved in the Egyptian women’s movement and is cofounder of the organisation Act Together: Women’s Action for Iraq. Since the end of the 1990s, she has researched modern Iraqi history and the lives of women in contemporary war-torn Iraq.
Nadje Al-Ali believes that the lessons learned from Iraq can be used in relation to the current situation in other countries, including Egypt.
“The context is radically different, but the two countries share fundamental conditions and fundamental challenges: both are undergoing dramatic processes of change that are opening the way for both new opportunity and also new forms of violence. And in both countries, democracy is trying to be established by means of electoral processes. There’s a fine line between ‘vote-casting democracy’ and populism,” says Al-Ali.
She points to Iraq as a horror scenario of how representative democracy can slip into “institutionalised sectarianism.”
“Instead of a structure built up around political positions and contrasts, the notion of inherent links to ethnic or religious identities, for example, has become ingrained within the parliamentary infrastructure,” says Nadje Al-Ali.

Dogged by its colonial legacy

Nadje Al-Ali’s many publications include the following titles:
In addition, Nadje Al-Ali has contributed to a number of periodicals and reports, most recently Middle East Report 2013: Iraq Ten Years Later, published by the Middle East Research and Information Project.

Women used to legitimise the war

“It is a well-established feminist point that in any situation marked by tension and conflict women are used as disparity indicators. This has been the case throughout history and across cultures and national boundaries,” explains Nadje Al-Ali.
“Both Egypt and Iraq were subjected to secular regimes where Islamist currents were both politically suppressed and had poor support among the populations. People voted Arab nationalist and Arab socialist – not Islamic. Both Saddam Hussein and Hosni Mubarak were secular leaders and terribly authoritarian dictators. So secularism is no guarantee of anything, and people are now thirsting after something else.”
In connection with this, Islamism is now construed as being something authentic to which people can return, explains Nadje Al-Ali. One of the major battles taking place right now is that of ‘The Personal Status Code’ – the set of laws that regulate marriage, divorce, parental custody and inheritance – and which impacts significantly on the rights and conditions of women.
“Under Saddam Hussein, for example, Iraq had a relatively progressive personal status code. But across the entire region there is now huge pressure to pull this area of legislation in a more conservative direction. It’s a very symbolic attack on the legacies left behind from the secular regimes – and it’s a protest against imperialist aggression, where the rhetoric about women’s liberation was used as a means of gaining moral legitimacy,” says Nadje Al-Ali.

In Egypt, the women’s movement has continuously been strong, whereas the women’s movement in Iraq, which was strong in the first half of the 20th century, was amputated along with the rest of civil society under the rule of Saddam Hussein.
“Compared to Iraq, Egypt under Mubarak was a paradise. But in both countries there existed a kind of state feminism. Many of the progressive laws were introduced during the period these authoritarian regimes were in power. That’s why it’s easy to discuss feminism now.”
“It’s easy for outsiders to say that those women in Tunisia, Egypt or Iraq who allied themselves with the authoritarian regimes were wrong – but what would these same people have chosen to do if they were in that same situation?” asks Nadje Al-Ali.
“The same is true when it comes to the choices made by the women’s movement in Egypt during the first phases of the ‘revolution’. I was shocked to hear my Egyptian friends tell me that they were standing in Tahrir Square not as women or feminists but as Egyptians. Time after time, history has taught us that if we have to lay down demands right from the beginning, because after that there is never again a ‘right time’ to do so.”
According to Al-Ali, most of the anti-feminist secular groups have now realised that women and the issue of gender is central in the battle to determine the direction the country will move forward.
“Women are under relentless attack from the military and the Muslim Brotherhood – women’s bodies are at the centre of the battle for the revolution’s soul.”

When asked why she thinks that women in Egypt have chosen to hold back on their feminist demands, Nadje Al-Ali responds:
“That’s difficult to say. Nationalism is a very strong emotion…  But one thing that is certain is the fact that virtually all of them now regret having done so. I don’t know what I myself would have felt if I’d been standing on the square for all those days. Would I just have felt myself as part of one big crowd? People said how they had felt safe, they felt included and on an equal footing to all the others. And they liked that feeling. A strong sense of solidarity that people got caught up in and brushed aside rational intellectual contemplation.”
“If we are to pick out one lesson from what is going on in the Middle East right now, it should be that we as feminists need to carefully consider whom we ally ourselves with”

“If we are to pick out one lesson from what is going on in the Middle East right now, it should be that we as feminists need to carefully consider whom we ally ourselves with,” warns Nadje Al-Ali, adding, “but to be quite honest, I still don’t have any answer to what we ought to do when the state’s interests happen to be the same as the demands of the women’s movement. It’s easy for me – all too easy – to criticise the fact that some Egyptian women worked together with Suzie Mubarak [former President Hosni Mubarak’s wife, ed.]. Or that some Iraqi women joined the Ba’ath party’s General Federation of Iraqi Women [Saddam Hussein was leader of the Ba’ath party, ed.]. The only certain thing is that if you run the risk of allying yourself with the state, you’ll end up feeling the consequences sooner or later,” she explains.
“Another lesson learned is that we can’t understand the present without dealing with our history. Even some of those women who were tortured during the reign of Saddam Hussein say today that at least they were given the chance to educate themselves during his regime in the 1970s,” tells Nadje Al-Ali
“And in relation to Egypt as it is today, I believe that the abstract discussions about how repressive to women Islamic law actually is are uninteresting. What is interesting, however, is what these laws would actually mean in practice, what conditions need to arise for them to be adopted – and who holds the power to shape them.”