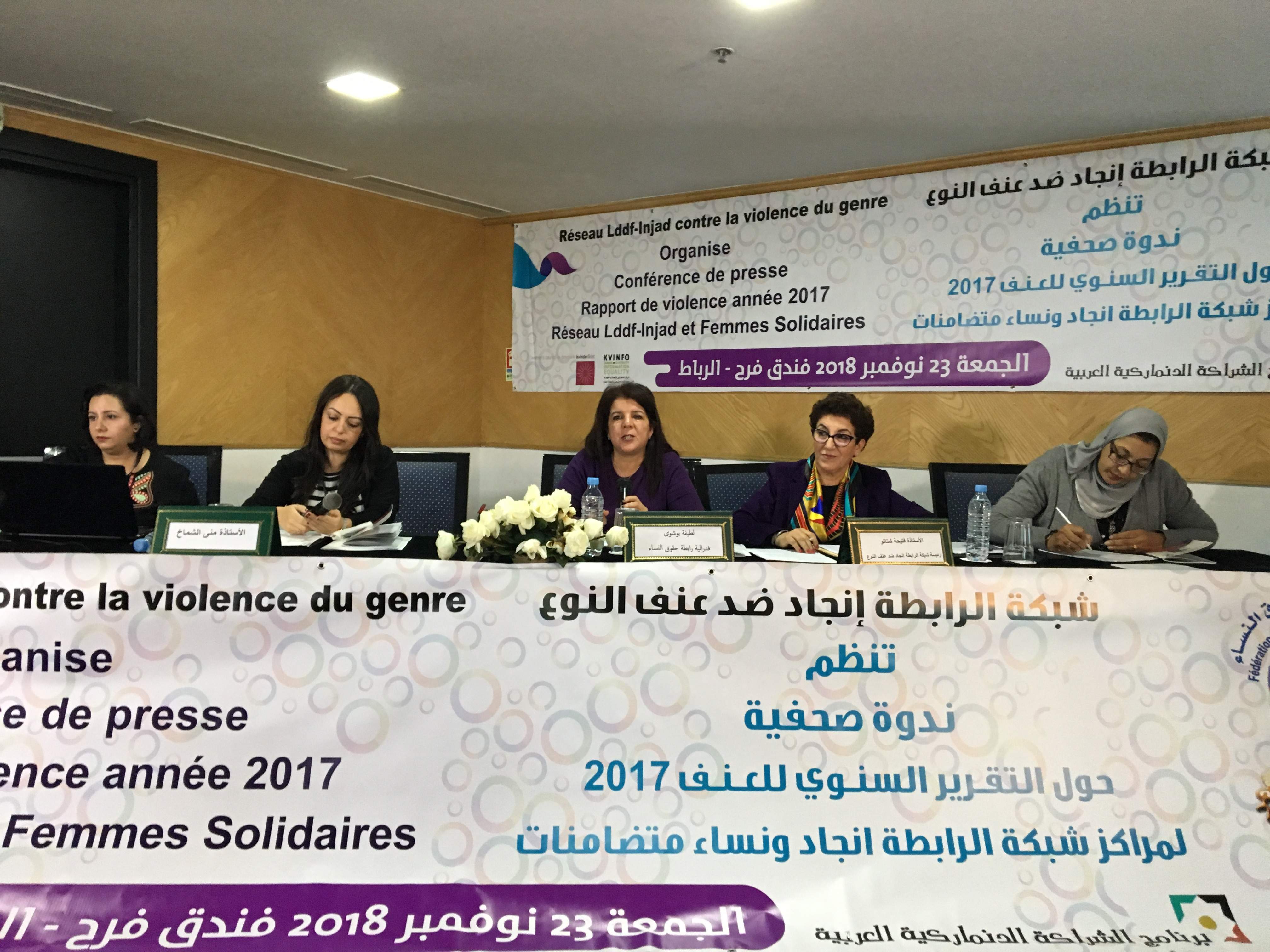 The aim of the project “combatting gender based violence in Morocco” is to eliminate violence against women (VAW) in Morocco.

The two main goals are:

VAW is a violation of women’s human right. It is a symptom of patriarchal structures upholding views and practices that systematically place women in an inferior position to men in all aspects of society.

WCD and LDDF-Injad and gender based violence: Facts about the project

Violence against women in Morocco – like many parts of the world, is perceived as a private matter and not a structural problem. A problem subjected to political and social interventions.

Political resistance and a patriarchal culture stand in the way of the implementation of a full citizenship of women and elimination of VAW. Low levels of information of women of their rights, particularly in rural areas, and lack of security networks for women victims of violence further reinforce the condition.

The state of women’s rights and VAW in Morocco reveals discrepancies between the political decisions on the highest levels of government and reality.

A Human Rights Watch (HRW) report from 2015 concludes that key institutions such as the police, prosecutors, judges, and other authorities often fail to prevent domestic abuse, punish the abusers, or assist survivors. As a result, abused women resort to, and are in need of, shelters and counseling centers in the absence of any other form of protection.

After years of pressure, law 103-13 on the Elimination of Violence Against Women was passed in February 2018 and came into effect in September the same year.

The law recognises some forms of abuse including sexual harassment in the public spaces and forced marriage, but fails to meet international standards and to take a human rights based approach, as women are not seen as rights holders. The law lacks a clear definition of domestic violence, marital rape and adequate protection of survivors.

Nevertheless, having a law on violence against women is an opportunity for women’s rights organisations to initiate debate about VAW and advocate towards duty bearers to make significant progress to eliminate VAW.

LDDF-Injad’s intervention is guided by the overall change assumption that civil society organisations (CSOs) play a key role in mobilising political and public support for legal reforms and actions against VAW.

In this way, they hold duty bearers accountable, document the extent and consequences of VAW and become able to promote social norms that render violence against women unacceptable.

Accordingly, this intervention prioritizes capacity building of women’s shelters and women’s rights CSOs to claim and perform this role.

From this starting point, lddf-Injad works with five key activities:

‘The revolution is not over when the preside...

With their incontrovertible actions in a revolution that continues to rage, Syrian women have categorically won the right to repre...