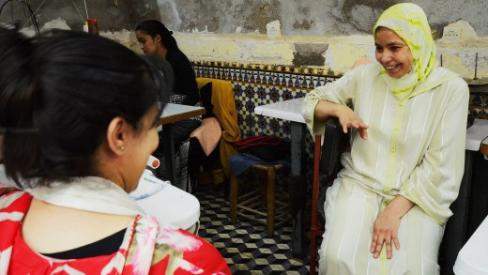 KVINFO values the ability to tolerate, listen to, respect and learn from diverging views. And alongside the extensive program work in the MENA region, KVINFO also aims to promote Arab-Danish and regional dialogue that will strengthen the exchange of views and opinions on gender related issues and spur a qualified debate on these issues. Dialogue and debate are therefore viewed as yet another means of articulating and addressing the barriers to women’s societal participation, to eliminate gender stereotypes and to enhance the interest in and awareness of gender inequalities in society.