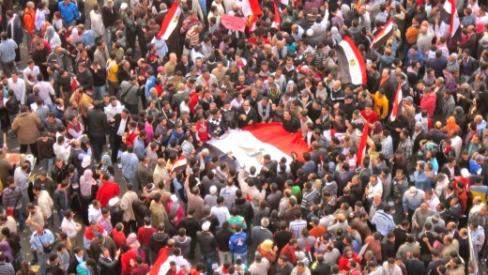 KVINFO first began working with partners in Egypt in 2008. Since then the country that is the largest Arab state with a population of 84 million has undergone enormous changes – including former president Hosni Mubarak stepping down after public uprisings in 2011, former president Mohammed Mursi being elected into office in 2012 and the military taking over in 2013. During the same period, one parliament has been elected and dissolved again, and two constitutions put to a referendum.

The second constitution has been backed by 98 percent of population out of a 36 percent voter turnout as of early 2014. This constitution includes state guaranteed equality between men and women. However, the challenges of the post-revolution Egyptian society regarding gender equality certainly remains.

One major weakness seems to be lack of constructive dialogue between changing governments and women’s civil society organizations.

Another challenge is the influence of the conservative Islamist and Salafist forces in government. This means that a great number of legal inequalities keep women in a weaker position with no foreseeable prospect of change.

Polygamy is still legal for Muslim men under certain conditions. The right to divorce is not equal; while men can divorce without their wife’s consent, women can only do so under specific conditions. Women do not have legal guardianship of their children and in the event of divorce they only retain custody of their children until the age of 15. Citizenship can be conferred to children born to non-Egyptian fathers, not mothers. Inheritance laws are governed by the Sharia, giving women a lesser share than male heritors. The Penal Code does not include specific reference to domestic violence, and while rape is regarded a criminal offence, spousal rape is not recognized as a crime. The law also allows for leniency for so called “honour-related” crimes. Although female genital mutilation is outlawed, a legal loophole allows it to be performed for “medical” reasons and more than 90% of women under 50 years of age have undergone the procedure, according to official statistics. There is no law against trafficking.

Moreover, widespread sexual harassment and occasional use of systematic assaults on women during demonstrations is an obstacle for women’s active participation in political and public life.

On the economic side, there are large paradoxes as well. Although discrimination in employment is prohibited, women are still prevented from engaging in certain professions that could ‘damage their health or morals’, thus limiting their economic possibilities. Moreover, female employment tends to be restricted to culturally accepted professions, particularly in the field of health and education.

Women’s economic participation constitutes around 22-23% of the formal labor force. No specific legal provisions and concrete measures to address sexual harassment in the workplace exist.

KVINFO currently works in Egypt within these thematic areas: