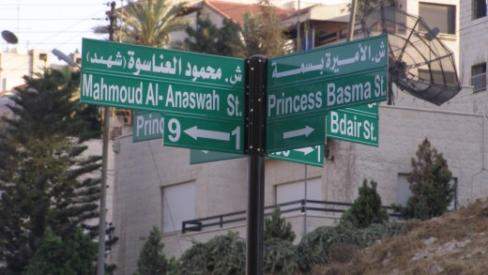 As one of KVINFO’s earliest and largest program countries, Jordan is among the more stabile countries in the Arab Levant region, although some political and economic reforms are being driven forward in the monarchy that gained its independence from Britain in 1946.

During the 2011 uprisings in the region, some thousands of Jordanians did demonstrate in Amman and other cities to push for political and social change. In response, King Abdallah replaced his prime minister and set down two commissions to suggest political reforms and constitutional amendments. Nonetheless, neither demonstrations nor reactions or consequences occurred at a scale to be compared to the states affected most profoundly by the so-called Arab Spring.

2012 Jordan saw further cabinet reshuffles, and in January 2013 a general election was held, this time with a quota of 15 out of 150 seats in Parliament reserved for women against previously 12 seats.

As much as women in Jordan hold the same rights as men to vote and participate in political life, and quotas have been introduced for women at municipal as well as national elections, women remain under-represented in leadership and decision-making positions in the political arena. The greatest hindrance to women’s entry into the public sphere therefore seem, to be due traditional and cultural norms and customs.

When turning to equality in terms of economic empowerment, one characteristic of Jordan is a significantly lower participation for women in the labour market than in Morocco, Tunisia and Egypt. This is despite a much higher female enrolment ratio in the education system than the male enrolment ratio, and even taking place over a long period of time.

Jordan has a highly progressive labour law with regard to working conditions and maternity leave. It also prohibits sexual harassment in the workplace, but it does not contain provisions that outlaw discrimination on the basis of gender in employment. Though being a progressive text in general, the labour law has had the unintended consequence of some employers being unwilling to hire women because of the cost of implementing these laws. Female workers are not well represented in the private sector, not least in management positions. Moreover, women are normally prohibited from working during the night, except in instances specified by the Minister of Labour, and married women must have the consent of their husbands to work.

The legal status of women is in principle guaranteed by the constitution in which equality before the law is stated and discrimination on the basis of gender is forbidden. However, many other pieces of legislation, notably the Personal Status Code, the Social Security and Pension law and the Labour law discriminate against women.
The Muslim majority is governed by the Personal Status Law based on the Sharia and family matters are decided by Sharia courts.

Single women under 40 are considered to be legal minors and under guardianship of a male relative. Non-Muslims manage their own personal status laws and cases are adjudicated by religious courts for each denomination. Polygamy is permitted for men under certain conditions. Fathers are sole guardians of children. If a divorced woman remarries she loses custody of her children. Women are only allowed a divorce under a narrow range of circumstances or must give up their dowry and right to financial maintenance. Women cannot confer citizenship to children born to a non-Jordanian father. Inheritance is determined according to Sharia which gives women a smaller share than men.

A domestic violence law exists since 2008, however containing a narrow definition of domestic violence and emphasizing reconciliation rather than protection of the victims’ rights. Rape is a criminal offence but under a much disputed Article 308 of the Penal Code, rape charges can be dropped if the perpetrator agrees to marry the victim. So-called “honor-related” killings receive lower penalties. Sexual harassment can be punished under the Penal Code but is not a specific criminal offence. In 2009 a new specialized legal tribunal to deal with such crimes began imposing harsher sentences on perpetrators.

Legislation against human trafficking has been in place since 2009, and domestic workers are under the protection of the Labour code since 2008.

KVINFO first engaged in Jordan in 2006 with a political participation project.

KVINFO currently works in Jordan within these thematic areas: