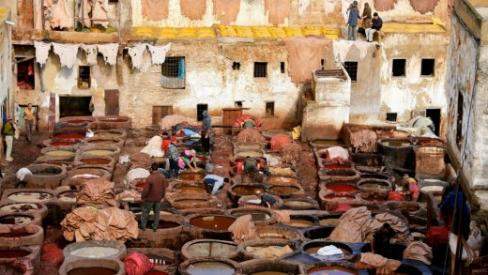 Morocco is considered to be one of the most stable countries in the MENA region with an active civil society, not least regarding women’s rights.

During the 2011 uprisings in the region, thousands of Moroccans took to the streets to protest against the regime. Shortly after, King Mohamed VI responded with a revision of the constitution. Among other things, the king agreed to surrender some of his powers to an elected prime minister. The protests faded away, and elections were held in November 2011, bringing forth an Islamic government lead by the Justice and Development Party (PJD).

The constitutional revision of 2011 introduced more equality in the area of women’s political and civil rights, but some of the steps taken to implement actually contradict the content of the text.

A revision of the labour law also has constituted positive steps. Those include recognition of sexual harassment in the workplace as an offence, as well as prohibition of discrimination in employment and salaries. Despite these steps, women’s participation in the labour market is very low compared to men’s. The majority of women are concentrated in the service sector, the manufacturing sector including the agricultural sector and the informal sector.

There has been a rise in the number of women entrepreneurs over the last years, helping to provide alternative opportunities for employment. Despite being highly educated and having professional experience, women entrepreneurs still encounter discrimination from financial institutions, for instance in access to financing. In rural areas, women still work primarily in the agricultural sector, which is the only sector where women’s employment is higher than men’s. Moreover, Morocco is one of the few countries where the gap between men’s and women’s illiteracy rates has increased since 1970. This also restrains employment for women.

The country’s family code was installed in 1957. It regulates civil laws such as marriage, divorce, heritage, and child custody and is frequently debated. The latest reform of the family code was in 2004, and the reform included a strengthening of women’s rights on a number of areas: Women gained access to divorce and the right to child custody, the age of marriage was raised to 18 years (although still allowing under-age marriage at the judge’s discretion), polygamy was restricted (though not outlawed). Although the reform generally has strengthened women’s rights, there is still a lack of implementation of the reformed family code.

A remarkable amendment to Moroccan law was made in January 2014 with an abolition of Article 475 of the Criminal Code, that allowed rapists to escape prosecution if they married their underage victim. This amendment was based on the so-called Amina Filali case, which has been known both in Morocco and internationally. The 16-year-old girl Amina Filali committed suicide after she was forced to marry her rapist, which led to huge protests from the Moroccan civil society, as well as internationally and, ultimately, a law change.

Morocco has ratified the CEDAW in 1993, with reservations on articles 2, 9, 15 and 16 which were withdrawn in 2008, but the Optional Protocol has not been ratified.

Morocco is KVINFO’s earliest program country, where the first pilot project was started in 2006. Since then the projects have developed into a large program with many partners, among them are NGO’s, women’s rights organizations, research institutions and ministries.

KVINFO currently works in Morocco within these thematic areas:

Moroccan faces – meet some of KVINFOs partners in Morocco

KVINFO partners in Morocco are: