Outpour of support for Egypt’s Nazra 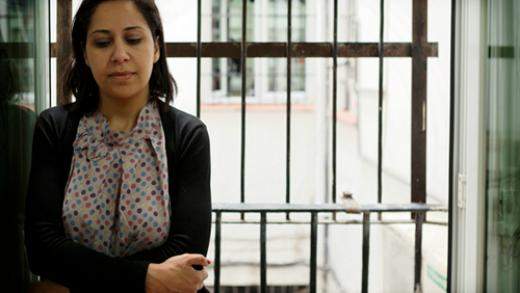 The summoning and indictment this month of Mozn Hassan, founder and leader of the women’s rights organization Nazra for Feminist Studies, has been met with vigorous protests and declarations of support from both Egyptian women’s organisations and from the international community.
The indictment is part of the so called “Foreign funding case” which has been running since 2011. But lately the case has been expanded to more organisations and their leaders, who have been accused of receiving illegal funding from abroad. If convicted the leaders risk up to life imprisonment.
Nazra is the first women’s rights organization to be included in the case, and rights advocates fear this is a prelude to a broader crack down on the Egyptian women’s organizations. Nazra itself underlines that the organisation has been legally registered since 2007 and that all their activities are legal and announced. Instead Nazra sees the interrogation of several of its employees and indictment of Mozn Hassan as part of the Egyptian regime’s increasing pressure on the civil society.
“This investigation with Nazra comes within the frame of taking escalating steps the state started gradually a long time ago, and steps were further escalated recently to close the public space by conducting a crackdown on independent civil society organizations in different ways, ranging from inclusion of several organizations in interrogations, to travel bans, summoning of organizations’ staff members, and visits of inspection committees to some organizations,” Nazra writes in a press release.
And they are far from alone. The indictment got considerable attention at the recent meeting in UN’s Commission on the status of Women (CSW) in New York, which Mozn Hassan had to leave early because of the summoning.
Subsequently a number of prominent human rights organizations have protested the indictment as well as the general crackdown on the civil society. This includes Amnesty International and the human rights network Euromed Rights, of which KVINFO is a member. Also a number of Egyptian women’s organisations have issued a joint statement.
Nazra has been partnering with KVINFO for a number of years, but all projects are currently dormant as it has gotten increasingly difficult to get official approval for new projects and that financing for them can legally be transferred to the Egyptian partner.
Read Amnesty International’s write up of the case and its declaration of support.
Statement from the UN High Commissioner for Human Rights.
Declaration of support from 43 international organisations.
Solidarity statement from the Egyptian Feminist Organizations Coalition.
Appeal from Euromed Rights
Global Fund for Women
Regional Coalition of Women Human Rights Defenders in the Middle East and North Africa.

Read interview in KVINFO’s Web Magazine from last year with representatives from three Egyptian women’s rights organisations, including Nazra, about the shrinking space for them and their work
Picture is from Mozn Hassan’s twitter profile