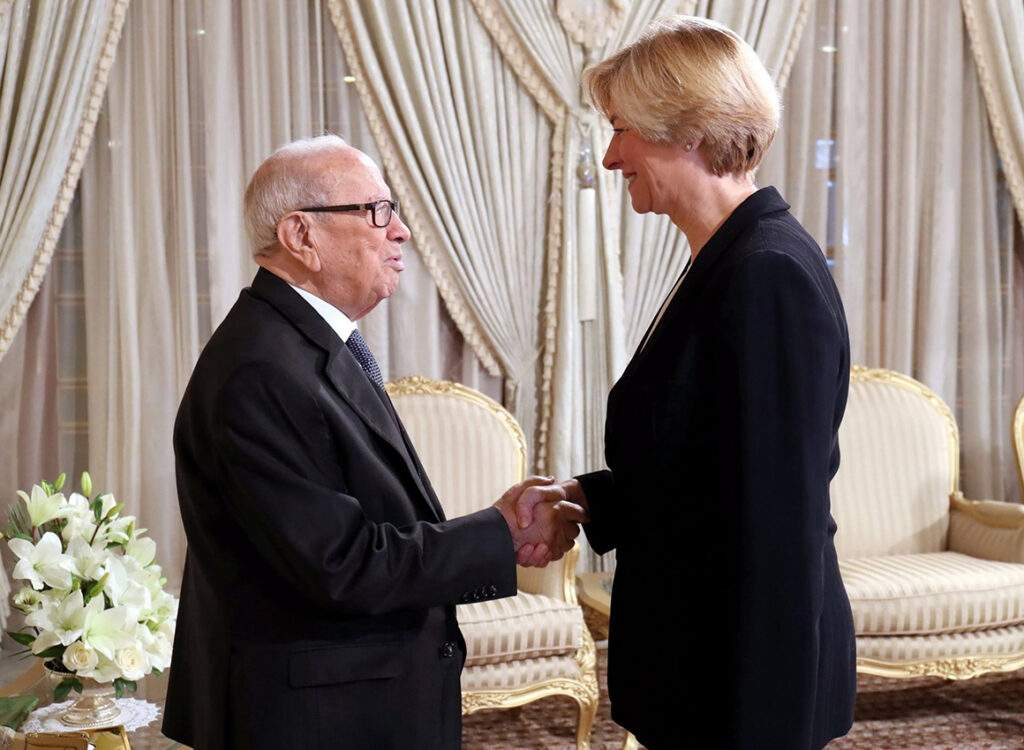 Tunisian President Beji Caid Essebsi was part of the political establishment most of his life. Six decades passed before he passed away on Tunisia’s National Day on July 25, 2019.

Actually, he had retired when the Arab Spring broke out in 2010. It happened when Tunisian man Mohamed Bouazizi set himself on fire in frustration over unemployment, poverty and the sitting Tunisian regime.

The act led to the revolt and the dismissal of the sitting authoritarian leader for 23 years, Zine el Abidine Ben Ali. At the same time, the upheaval turned into a new political spring for Essebsi. He seized the political spirit of the Tunisian people and took the lead in the fight for democracy and equality. In 2014, Tunisia got its first democratic constitution, and that same year he became the country’s first elected president as the 88-year-old.

“Since then, President Beji Caid Essebsi has emerged as a strong leader. He was at the forefront of the fight to reduce gender discrimination in politics and law in the country, ”said Najla Abbes, a program advisor with KVINFO’s Tunisian partner, Ligue des Electrices Tunisiennes (LET) as part of the Danish Arab Partnership Programme (DAPP).

Equal right to inheritance and marriage

Among other things, Najla Abbes mentions that President Essebsi  in 2017, on Women’s National Match Day, officially asked the government to withdraw a 1973 law. The law prohibited Muslim women from marrying non-Muslim men. Shortly after, the Parliament voted to change the law.

On the same day, President Essebsi set up a commission, COLIBE, to review Tunisian laws and make recommendations on how to come into line with the new right to equality and individual freedom guaranteed by the new constitution. LET was elected to take part in COLIBE, whose founder, Besma Soudani, documented her support for the president in a post on Facebook, where they shook hands. Above the picture, she wrote “woman in front” referring to their common struggle for gender equality in Tunisia.

Following the Commission’s recommendations, President Beji Caid Essebsi took the first step in 2018 toward ensuring women inheritance on the same terms as their brothers. Tunisia’s inheritance law is tied to Sharia law, which gives brothers priority over inheriting family possessions – from money to land and housing. The law had not yet been amended by the death of the president, but a proposal for a change of the law is being considered in parliament.

In his five years as President of Tunisia, President Beji Caid Essebsi was faced by resentment especially from religious, conservative groups in relation to his work for equality and women’s rights. And often, local councils did not follow the new national regulations, for example, of allowing Muslim women to marry a non-Muslim man.

But the president has remained a central voice for the work that KVINFO’s partner LET and Najla Abbes do on a daily basis for democracy and for equality. Among other things, it is about qualifying women to have the skills, confidence and network to enter politics. Today, women occupy 31 percent of the seats in parliament and 47 percent in municipal councils. In both cases, it is an increase from previous tenure.

In particular, Najla Abbes remembers the president for his words at the UN Human Rights Council on February 25, 2019 in Geneva, where he said:

“Gender equality is a prerequisite for democracy. There is no democracy without equality and no real development if we do not eliminate all discrimination based on gender. ”

According to Najla Abbes, President Essebsi addressed some taboo areas in Tunisian society regarding gender equality.

“The death og Beji Caid Essebsi is a great loss to the gender equality cause in the country, but at the same time it has raised the bar high for his successors. LET and other feminist associations are calling on whomever is going to success the president to take on the projekt of gender equality that he alreadt started and to continue on his path,” she says.

Before President Beji Caid Essebsi passed away, the next presidential election was scheduled for November 10, 2019. The election has now been set two months earlier on September 15, 2019.

Here, two women and 24 men have been approved to run for the elections to become Tunisia’s next president.

Steadfast advocacy and persistant pressure on politicians have ensured women 47% of municipal council seats in Tunisia.