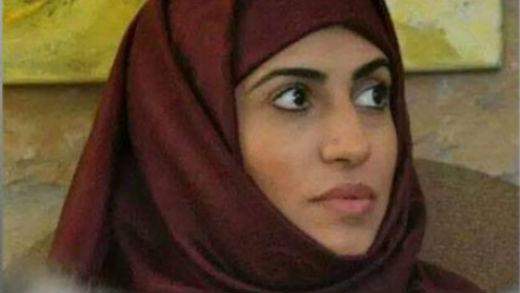 The increasing chaos in Yemen is now directly affecting the master student program supported by Roskilde University and KVINFO. One of the students has been kidnapped in the centre of the capital Sana’a.
Shereen Makawi is a student at the master program in gender and development, which has been started with the support of Roskilde University and KVINFO. The kidnapping took place in the centre of Sana’a close to a government building. A group of armed men stopped the car she was in together with a French collegue from the development program she works for parallel to her studies. It’s not clear who’s behind the kidnappings.
Kidnappings are a sadly common event in Yemen, but usually the victims have been either westerners in order to claim ransom or yemenites in powerful positions for the purpose of political pressure. Shereen Makawi belongs to neither of those groups.
Program advisor at KVINFO Connie Carøe Christiansen knows the kidnapped student personally and is supervisor on the master thesis, she’s working on. She herself as well as the students she’s in touch with in Yemen are shocked by the kidnapping.
”I never imagined that our students could be victims of the kidnappings,” she says. The master program at the Gender-Development Research and Studies Centre(GDRSC) i Sana’a is started in a cooperation between the university in Sana’a and Roskilde University financed by the Danish-Arab Partnership Program. KVINFO coordinates the cooperation.
”My next thought was to consider if this has anything to do with her being a student at our master program,” says Connie Carøe Christiansen. Gender studies are controversial among some extreme islamists and GDRSC’s predecessor was closed down a few years ago because of pressure from the islamists.
”I really hope not. And luckily nothing points in that direction,” she says.
She thinks that the French development worker, Isabelle Prime, probably was the real target of the kidnapping. This is supported by Shereen Makawis family who has told the press that the kidnappers were targeting the French woman but that Shereen held on to her and refused to be separated from her. However this account is not confirmed.
According to the latest news negotiations has begun on their release, but it’s still not clear who the kidnappers are. The motive can be mere ransom, but other rumours say that they could be from a tribe who are against the development project the two women were working on. Local Yemeni press has also had speculations that the kidnappers have connections to the Houthis. The houthi militia seized power in the capital in the beginning of February and Shereeen Makawis family has held it responsible for the absence of security, but stopped short of blaming it directly for the kidnapping.
Whoever is behind them, the kidnappings have cast a shadow over Shereen Makawis famliy as well as over her fellow students, who will be the first to graduate from the program as they’re in the middle of writing their theses.
”We have the deepest respect for the master students as well as our other partners in Yemen, who keep on working for women’s rights and for a peaceful development in spite of the severe unrest,” says Katarina Blomqvist, who is the head of KVINFO’s Middle East and North Africa department. “We hope and strongly urge that the two women will be set free.”