Denmark’s refugee and immigrant milieus are witnessing a growing youth and women’s revolt against social control – but there is a flipside. This can be seen in the increasing numbers of young people who are seeking help because they are under pressure from their families or are being subjected to violence. At a debate meeting held in Copenhagen, representatives for the young, practitioners in the field and experts came together to put the development and the problems into perspective. 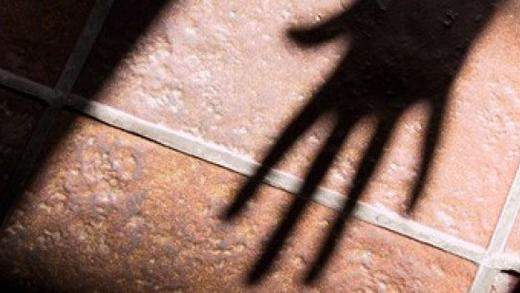 Facts about the Panellists

The revolt bodes well for the future

“Looking at the tendency that’s going on now, I think that it is very positive – it’s a youth and women’s revolt that bodes well for the future. But there‘s a serious flipside. This is shown by the increasing number of young people contacting crisis centres who are under pressure from their families , which sometimes leads to threats and even abuse and violence”, tells the evening’s chairperson, KVINFO’s director Elisabeth Møller Jensen, to the  assembled speakers and audience in the packed hall.

A question of honour

Among the three other guests on the panel is doctor of philosophy and social psychologist Lotte Kragh. She has conducted research in the field of honour, and as part of her doctoral thesis she has examined how Turkish women in the outlying suburban municipalities to the west of Copenhagen use the concept of honour to gain greater freedom. Based on her research, Lotte Kragh believes that the concept of honour can be used not only as a means of social control by the women, but also as something to enable the women to liberate themselves.

Social development is the way forward

Lotte Kragh emphasises how important it is to fight honour-related criminality, repression and ‘honour killings’. “The young immigrant women, and the young men who defend their sisters, are rebelling against the rigid norms that exist. By doing so, they end up bearing the burden of honour”, she explains. At the same time, Lotte Kragh draws attention to the fact that honour must be seen in relation to the opportunities society offers these immigrant groups. She believes that there is a close link between economic opportunity and honour-related conflict. The better the opportunities for getting a job, earning money and, in this way, acquiring status within society, the less that traditional values and concepts of honour mean.

What do the others say?

“When I talk with a woman who has been a victim of violence, I often experience that she herself regards herself as a victim. In the majority of cases, she has difficulty in focussing on her own resources as she taken on the ‘victim role’. It’s difficult to get the woman to look beyond her own vulnerability and the painful experiences and say: “I can do this – surviving violence and threats is a strength in itself. I have gone through the hardest situation of all for someone to be in, and I have got through it.” When it comes to ethnic minority women, there’s too much focus on the ‘victim role’. The result is much generalisation from the media who paint a picture of minority women as being repressed”, tells Farwha Nielsen.

The right to be acknowledged

Some of the young women in immigrant families have a greater degree of freedom than others because the families trust their girls. Jamal El-Obari gives an example about a group of girls with Somali backgrounds who live alone in the Vollsmose area of Odense. “If there are a lot of younger sisters at home, the young women are allowed to move out so that they can concentrate on studying – without any control being imposed upon them. They could perhaps stay with a sister or a girlfriend. If the parents didn’t trust these girls, they would never be allowed to live on their own.”

After almost two hours of vigorous debate, specific suggestions are put forward as to how to offer support to families and help the young people who want to exercise their right of self-determination.
Simona Abdallah believes that those women who have taken an education and created a career for themselves, and have shown that they can liberate themselves, should act as role models. “It’s these things that they need to see and experience. It’s important that we focus on how we can help women out of social control, out of Gellerupparken and out of repression, and give them what they need to be able to look after themselves. The more of us there are, the stronger we become. It is vital that women show that they can stand on their own two feet and be independent.”

Older women as a resource

One member of the audience, Anne, believes that it is equally important to involve men in the different models put forward to solve social control and honour-related conflicts, and to look at what role men play here. Her concrete proposal is a mentor corps.
Lotte Kragh agrees that a project is needed to teach cousins, nephews, mother-in-laws – a project that will also be about a dialogue within Danish society. Farwha Nielsen believes that such talks are already going on in many families. “But if I had to say how we can tackle this situation in the future, there has for many years been too little focus on sustainable work with the family. There has been too much focus on the young, particularly the young women, and sustainable work with the families has been overlooked.”